How to Use a Solar Backup Battery

Turns out, there’s more than one way to use a Tesla Powerwall or Enphase Ensemble battery. 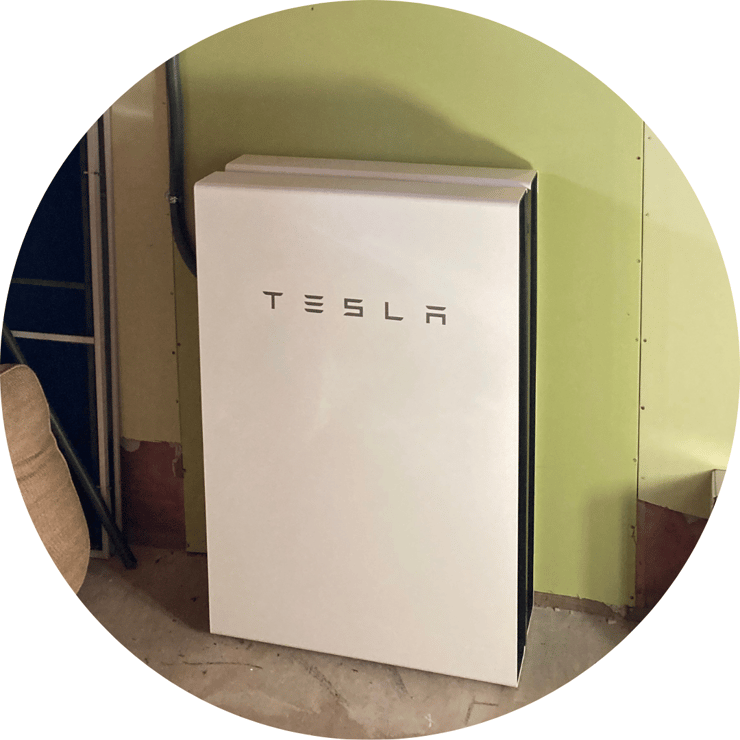 Most people think about electricity one way: Turn on a light, pay the utility for it. (Grumble about how expensive it is and turn the light off.) But when you go solar with a battery backup system, you get a whole host of ways to use—and optimize—your power.

Battery storage for solar panels offers some obvious, and not so obvious benefits, depending on how you use it. Eric Kilens, senior solar advisor at Granite State Solar, explains the different battery modes.

“Most people are interested in batteries for battery backup mode,” says Eric. “A customer can use his or her battery for a backup power for primarily their critical loads like their well pump, their heating system, refrigerator, freezer, essential lights, and maybe some outlets to power light electronic equipment.”

Think of it as a generator, with some major upsides. It starts automatically when the power shuts off (it’s so seamless, you might not even notice that there’s been an outage). There’s zero maintenance. And it runs on the power of the sun collected by your panels, so you never have to worry about filling up the tank.

This last one is particularly important because, during an outage, solar panels without a battery won’t work. “With a normal grid-tied system without a battery, when there’s a power outage, the solar array will automatically shut down,” explains Eric. “This is a safety requirement.” But not so if you have a battery. The battery acts as a brain between your home and the grid so your panels can continue to safely produce power.

That alone is a big upside, but now consider what happens if you’re facing a multi-day outage: “So long as the sun’s out, your solar can produce power to recharge your battery,” says Eric. “With a battery system and PV array, you have an infinite source of power. There’s no need to refuel a gasoline or propane tank.”

But wait, can I use solar during a power outage? There’s a lot of confusion when it comes to solar and power outages. But here’s the truth: Solar panels on their own don’t work during a blackout. It’s a safety issue.

When you have solar, any extra power your panels produce gets sent back to the grid (and you get compensated for this thanks to net metering). During an outage, however, this puts linemen at risk of being electrocuted if they have to go out and work on power lines. So, as a safety measure, the solar panels automatically turn themselves off.

Except when you have a battery. Regardless of what usage mode you use, having a battery means your panels will continue to produce during a power outage. The battery disconnects your home from the grid during a blackout and safely stores the power your panels produce.

How does it compare: battery backup vs. a generator?

Batteries offer some very real upsides over generators. In the event of an outage, your home seamlessly switches over to the battery. Cost-wise, batteries are more expensive than generators, but the sticker price is not the full picture. When you pair a battery with solar, you can take advantage of incentives like the investment tax credit and net metering. Plus, you’re likely protecting more of your home than you would with a small, portable generator. Best of all, the fuel is free, with clean sunlight, not gasoline. And as long as there’s sun, your battery will continue to recharge itself.

Finally, batteries can help make the grid more resilient through utility battery programs. Eversource, the main utility in New Hampshire, has such programs in Massachusetts and Connecticut and is testing it here as well.

The way it works elsewhere is that stored solar energy can get discharged to the grid during a peak event, or when a lot of people are all pulling a lot of electricity from the grid. (Think: everyone in the state turns on an air conditioner because of a summer heatwave.) Ramping up energy production during these peak times is very expensive for utility companies, so using electricity that already exists is a cost-effective solution. And the battery customer sees a benefit too—to the tune of $1,100 a year on average for discharging during a peak event. (The actual amount depends on how much your battery actually contributes to the grid.)

Plus, the utility isn’t stealing your safety net. “If there’s a potential storm coming, then the utility will cancel that discharge event for that day, so they aren’t discharging a customer’s battery and then the power goes out,” says Eric.

Again, such a program doesn’t exist in New Hampshire yet, but it’s something our solar advisors keep a close eye on. Even without this in place, there’s still plenty of value in having a battery.

Interested in getting a battery? Talk to a solar advisor.

What Are the Federal Incentives for Solar, Batteries, and EVs?