What Is an Inverter?

When it comes to solar, the panel is just half the equation. Here’s what you need to know about inverters. 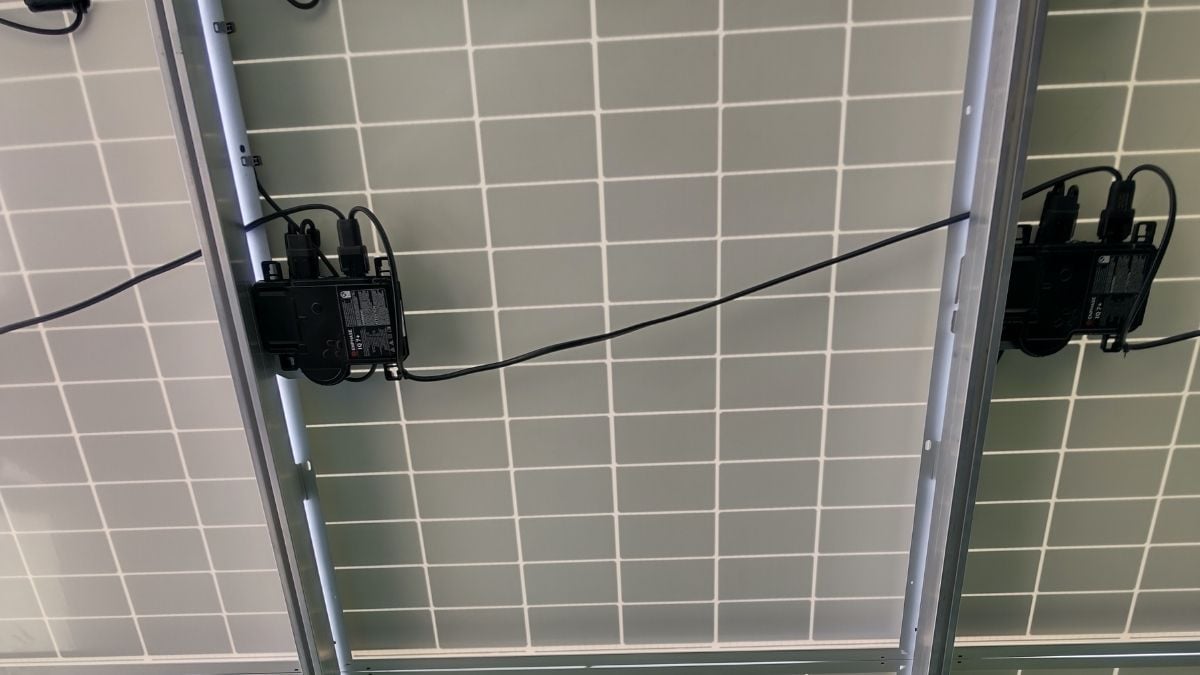 Driving by your neighbors’ homes with solar on their roofs or driving along and seeing arrays basking in an open field, the panels are the star of the show. But what’s going on behind the scenes is where the real magic happens. Enter the inverter.

Solar panels generate power in the form of direct current (DC), but homes and building all run on alternating current (AC). “An inverter is a device that takes DC power from the solar panel and converts it to AC,” explains Troy Diamond, Master Electrician.

And while solar panels steal the spotlight, a panel is only as good as the supporting inverter. Troy explains it like this: “You can have a high wattage solar panel—say 440 watts—and if you put the wrong inverter on that and you’re going to do a lot of injustice to a customer. You’re going to cut that production level way down.”

“Instead of getting up to nearly what that threshold is of that panel, you’re going to have that dramatically lower,” he says. “It depends on the inverter, but it could be up to only 200 watts that you’re allowing before that inverter will shut down, or what we call clipping.”

Put another way, it’s like converting money into a different currency: The better your conversion rate is, the more money you’ll get. The same is true with inverters. “The closer you can get to having less of a gap, the better you’re going to be,” says Troy.

The Difference Between String Inverters and Microinverters

String inverters run DC strings of panels down to one (or 2) larger inverter(s). Microinverters are installed individually, one per panel

“String inverters have their time or place,” says Troy, “but we always look at the productivity of the system in the case that if something were to go down, especially if you’re on a roof.” With a string inverter, if production dips on one part of the array (either due to a malfunction or something as simple as partial snow cover), the entire string stops producing power. (It’s like a string of Christmas lights—if one goes out, they all go out!) “With a string inverter, that’s going to be 10, 12, 15 panels!”

But with microinverters, because they’re individually installed, if one panel is underproducing, it won’t affect the others on the array.

More: How to Use a Solar Backup Battery

“One of the leading products that we use are the Enphase microinverters, and there are very few issues,” says Troy. “We’ve been installing them since we opened in 2008, we’re a platinum level installer, and they’re great.”

“Know that there are other options and make sure that that company isn’t just looking at what’s the cheapest,” Troy advises. When assessing a solar quote, one question to ask the installer is: How did you pick this brand?

Let us help you pick the solar products that best meet your needs. Talk to a solar advisor today!

Don't Make This Mistake: Keeping Your Home Battery Backup Outside