Is Solar Worth It?

There are a lot of solar myths: Solar is expensive, it’s a hard-sell process, it’s a huge undertaking. It might make you wonder: is solar worth it? Forget what you think you know about going solar. This customer did and is seeing a huge payoff for it. 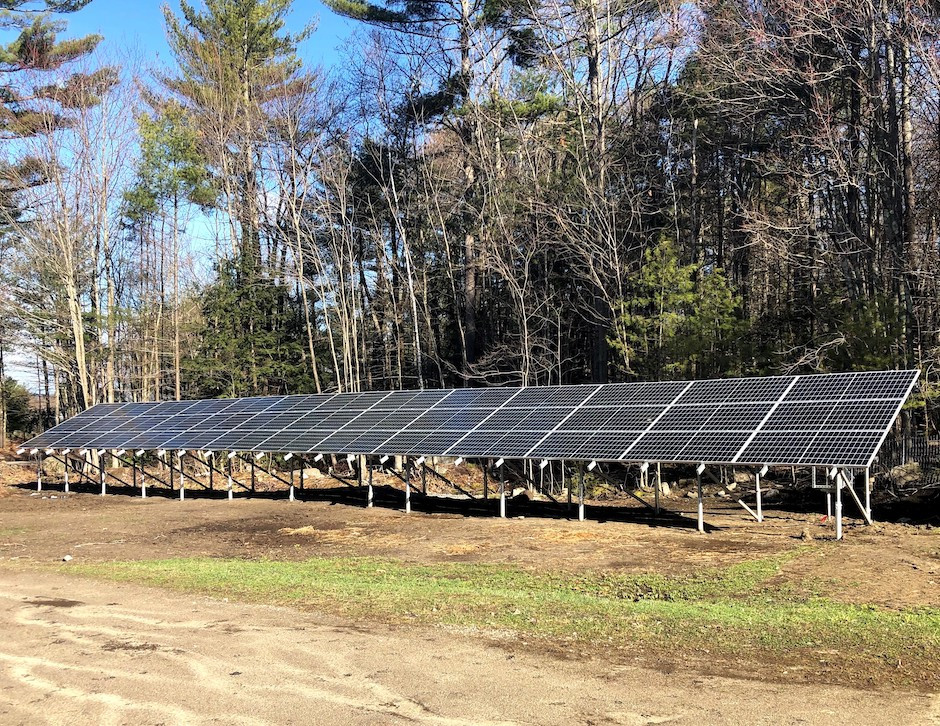 A hot tub, a kegerator, a normal refrigerator, a basement dehumidifier, a chest freezer, even an air-conditioned root cellar—it’s a homeowner’s dream list of appliances. But when everything and the kitchen sink runs on electricity, it can spell disaster for the utility bill.

That’s the situation Nate Brown in Greenfield, New Hampshire found himself in. “The reason we went solar was to save money. For whatever reason, we end up using a lot of electricity—no matter where we live,” he says with a laugh, naming his laundry list of electric appliances. But at $250 to $300 a month, his bill was no joke.

“My wife and I have been talking about installing solar on the property for years and were reluctant to pull the trigger because we did not know if it was going to be worth it,” says Nate. But through a surprisingly simple process, he’d get the clear answer that, yes, it absolutely was.

The Lightbulb Moment
After renovating a home to meet all his needs, Nate went to extensive lengths to try to shave his electricity usage, even going as far as buying a usage tracker. “I found out that I’d have to get rid of the kegerator. Get rid of the root cellar—but I’m not. There’s just nothing I can cut back on.”

What inspired him to pull the trigger was seeing what solar could do in-action. “I work for the town of Peterborough, and we have a one-megawatt solar array right in front of the wastewater plant that I run,” he says. “So, once that went in, I totally got it. I was like ‘Why am I still waiting?’”

Solar Myth #1: Solar Is a Lot of Work
Why was he still waiting? Nate answered that question himself: It seemed like such a massive undertaking. “We bought a foreclosure and put a lot of work into it,” he explains. “We even put a garage on it. I was just so busy with other stuff. But had I known that I didn’t have to do anything with solar panels, I could have had them put on right then too. I didn’t understand that the process would be as smooth as it was,” he says.

Solar Myth #2: Solar Is a Hard Sell
From the get-go, Nate could tell that Granite State Solar’s process would be a lot easier than he anticipated, even before he signed on to get solar. “No one sold me on anything,” he said as he elaborated on how he felt there was no pressure to make any rushed decision. “I tell everybody! I say ‘give them a call! There are no hard sales!’”

Instead, he found an attentive ear, ready to answer all of his questions. “When Andy came over, I was asking a ton of questions,” Nate says. “He was here for maybe two hours. He was here for a long time. At one point, I called Andy and he was on a jog and still happy to talk!”

Solar Myth #3: Solar Installation Is a Difficult Process
Nate went with a 39-panel ground-mount array. A ground-mount system is great when there’s enough space on the property and the roof is not an option. In Nate’s case, the only part of the roof facing the right direction for optimal sunshine was not large enough for the size of the system that was needed. Fortunately, his sunny yard fit the bill just fine.

And just like the sales process, the installation was just as simple. “We’re super happy with the panels,” Nate went on, “They did a really good job, those guys, super nice and professional. It was exactly how they explained it: They came in on Friday to install the screws, they came back Monday and Tuesday and done Tuesday afternoon.”

Not only did the installation meet his expectation, but he was also excited that he could keep asking questions along the way. “They answered every question that I had, which, I was out there talking to the guys as they were drilling, talking to those guys a lot. But I had a lot of questions! I wanted to know what they were doing, the wattage of certain things, how they were tying it to the electric panel.”

Is Solar Worth It?
All it took was one bill to answer Nate’s initial question: The balance read negative $69—he made money on his bill thanks to net metering. “It is safe to say that we wish that it was installed when we first purchased the property in 2012.”

He’s done the math and figures that he’ll see his return on investment in about 8½ years. “But that’s without the RECs and without taking increasing costs of electricity,” he adds, “which it already did in May and it’s probably going to go up again.” And knowing that his electric-hungry home is covered with panels that come with a 25-year warranty puts him at ease for the future.

“My co-worker talks about getting solar all the time, and his roof is pointing in the right direction. And I’m like – you’ve been talking about this as long as I have. Learn from my mistake!”

By Julia Westbrook and Jane Stromberg

VIDEO: Going Solar in NH? What to Know

Picking the Best Solar Panels: What to Know

Solar 101: An Introduction to Solar